Hello everyone, Simon here. I trust you’re all keeping well under the difficult circumstances.

I hope you’ve all had chance to digest the statement released earlier by The Playhouse Theatre. In light of recent developments and government announcements on the spread of the COVID-19 virus we have unfortunately had to make the decision, supported by the theatre, to postpone our 1973 shows. I’d like to take this opportunity to apologise to you and to explain the decision making process that we went through to get here.

We have been following all developments and pronouncements in regard to the medical situation for the last couple of weeks and we were well aware that the situation could indeed come to this. We have been liaising closely with the Playhouse management, factoring in audience, staff, and performer welfare. We have been waiting for direction from central government based on their scientific and medical advice as to whether large gatherings would be banned, or in fact concerts, play performances and the like. Today’s statement by the PM did nothing to clarify the situation and he instead rather threw the entertainment industries under the bus by leaving it up to each venue to make the decision, and to lay the onus on attendance on the individual. I suspect there may be a financial motive behind all of this, but I’m rather a hardened cynic. Suffice to say that my understanding is that the industry is now in an uproar. As well it should be. Many livelihoods are now in jeopardy across the sector.

On behalf of myself, Pete B, Tom, Pete T, Darren and Grace can I extend our heartfelt thanks for your support through this tricky time and to apologise that we’ve had to postpone these shows for a second time. I’ve already been in receipt of a number of messages supporting us this evening. It means a huge amount to us all that we have your understanding. This really is a set of circumstances way outside of our control.

The good news is that we have agreed alternative dates to perform this show in the Autumn. Further details will be announced soon once some technical aspects have been sorted with the ticketing. The theatre will soon be in communication to explain how tickets will be transferred if so desired. I do sincerely hope that you’ll stick with us on this one, we’ve put in an incredible amount of work on it and although it has seemed cursed we were very much looking forward to performing it at the weekend. There are some cracking songs in the set list, the guys we have in this line up are all extraordinary musicians and we were even taking to the stage with a brass section for the first time. To have to delay bringing that to you is an enormous disappointment.

If you have any further questions, please don’t hesitate in commenting or sending us a message. I will of course reply as soon as I can.

Stay well everyone, look after yourselves and your loved ones, we’ll soon be on the other side of this. Sending love, best wishes and positive vibes through the ether to you all. 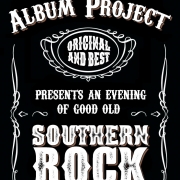 Over the gigs that we’ve done I occasionally get asked whether we need to pay any fees in terms of copyright for the songs that we cover. It’s an interesting question, and the easy answer is “no”. And that is simply because legally we don’t have to. The venues where we play are all required to have a PRS License (Performing Rights Society). All venues that provide music whether through an in-house stereo or PA system, or if music is played by a band or used in a theatre production etc are required to have one of these licenses by law. All we as a band are required to do is provide the venue with the set list of the songs/artists we have played. And its as simple as that for us. 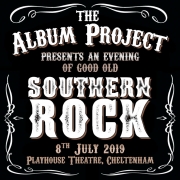 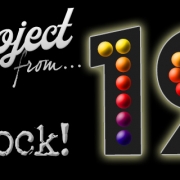 It has been brought to my attention by now 2 people and counting (at the time of writing), that some of you lovely people who have seen us perform and who follow us across social media, have received personal messages from a disgruntled former member of The Album Project.

I am, as a general rule of thumb, decidedly against the airing of dirty linen in public.  It’s an unedifying spectacle akin to watching a couple of chimps slinging lumps of shite at each other. As spectator sports go, I’d rather watch the upcoming 6 Nations this weekend. Or shin kicking. Or the national paint drying championships.

The problem here is that these messages now follow on from recent developments which we have found ourselves having to address in the form of firstly, a banner disclaimer across our website, and then latterly a personal statement from me only a couple of days ago. The disclaimer was, in part, instigated by me being informed of the first message being received. The second message was forwarded to me today, and this has necessitated the need for me to write yet another blog piece. It’s all becoming rather tiresome and tedious. I feel fairly confident that others have received a similarly ‘cut-and-paste’ missive into their inboxes. It’s this knowledge that has forced me to take all of the statements made in the messages and address them here:

As for the statement that there are several others out there booking out as The Album Project, I had no idea as to the veracity of that claim. It could well be as stated, and I was intrigued enough to do a Google search, something I don’t actually recall ever having done before, although I may well have done back in the early days. The results were mostly of us, links to our Facebook page, YouTube videos, website hits etc etc. Then there was a jazz album by Various Artists released in 1977, a site for prettying up your scrap album, a site you can vote for your favourite classic album, and then also the site given as a link above. This goes to a Kickstarter page for a band named Collaborate from Southampton, UK. They want to raise funds to record an album of self penned Christian worship songs. And good luck to them, I hope they smash it! But as you can see, it’s not relevant to the argument of the individual making it. To suggest otherwise is at the very least misleading, and at worst a deliberate falsehood.

So, if you’re still reading this piece, please accept my sincere apologies for having put you through this!  We live in strange times, where “Alternative Facts” are given credence when they should in fact be treated in the appropriate manner. If you have in fact received a Trumpian styled message yourself, then you do now at least have enough of the other side of the story.

I’m sorry to have taken up your time, thanks again for your continued support.

Hello and welcome to this, my first ever blog post on our website! To be absolutely honest here, in trying to set up my login to the backend of the web page a few months ago, I made an absolute Horlicks of it and it ended up in a total bugger’s muddle. And in effect, I gave up on the whole sorry affair. But our resident photographer par excellence and web guru Mr Richard Olpin has once more exercised his remarkable powers in patience and taught me how to do it properly. Again.

I thought I’d take this opportunity just to address a couple of issues that have surfaced over our Winter break. I really needed some time away from the band coal face, for many reasons – some band related and others personal. But now, as many of you may have realised, there has been something of a personnel change within the ranks of TAP. I really don’t want to go into the details as I feel it’s unnecessary and disrespectful to all concerned, no matter whose feelings are hurt or whatever resentment is felt. In the history of just about every band there has ever been, members come and go. It’s just the way of things. It happens. Think of your favourite band. Remember that member that left? Or was fired? Or went out for a packet of fags and joined a cult? Well, TAP is no different and we say goodbye and thanks to JK. We’ve taken this time out to plan ahead and decide where we want to take the band. And it definitely is “we” – just because I originated the concept of the band, there are no arbitrary decisions. I have canvassed the views of members past and present on our situation and future plans. Everyone has had a say and that is a good thing. We know the road we now want to take and we feel it’s going to be an interesting and exciting journey. There will be some familiar faces along the way, some new ones, and a big hairy fella sat at the back trying desperately to keep the time.

An announcement will be made very soon about our September show. Thanks to everyone for your continued support, it means a great deal.

It has been brought to our attention that a venue and another band have been using and trading on our name to promote a series of gigs they have booked.

It would appear that this is a misuse of our intellectual property with the intention of creating the impression these events are presented by the Album Project.

Thanks for your understanding.